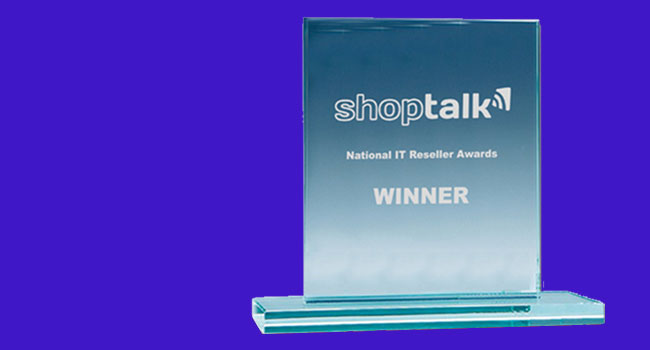 National IT Reseller Awards Back As Target Celebrates 20th Anniversary

Target Components will celebrate its 20th Anniversary with the return of the ShopTalk National IT Reseller Awards at its annual Open Day on 21st September.

Open to all types of independent resellers, from bricks-and-mortar retailers and etailers to consultants and repair specialists, the awards are designed to celebrate their achievements and importance in the channel.

They cover eight different categories across a range of activities such as marketing, business ideas and social media but, uniquely, it is the resellers themselves who then vote for the winners.

Paul Cubbage, Target’s Managing Director explained, “The ShopTalk awards are the climax to the Open Day, a genuine celebration of those on the frontline. They’re there primarily for resellers to share experiences and best practice with each other. Target’s involvement is minimal, other than providing the awards criteria and means to take part – we don’t even vote for the winners, resellers do.”

He continued, “2018 marks our 20th Anniversary and what better way to celebrate than with the people who’ve supported us? We’ve seen some big highstreet names disappear in recent years but the indies are resilient. The awards are a way for them to shout about what they do, day in, day out. And by having their peers as judges in deciding the winners, the credit is genuine and nothing to do with spend or personal preference.”

Nominations for the awards are open now, with the winners being announced during the gala dinner on the evening of the Target Open Day on 21st September in Bradford.