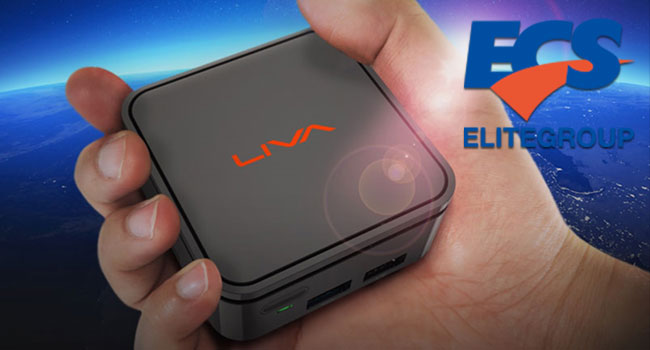 This heritage and commitment to producing low-cost, high-quality motherboards has resulted in ECS being chosen as OEM manufacturer for several high-profile brands over the past 20 years.

Martyn Kirby, Target’s Head of Purchasing, explained: “We’re delighted to have ECS on board, they’re well-known throughout the industry for quality products. What’s less well-known is that they manufacture on behalf of several other well-known brands - many of our customers will have used ECS in the past, although they may not realise it. We’ll be showing the range at our free event, NewTech, on 25th January, including a demonstration of the formidable Liva Q2, the World’s smallest 4K PC which is ideal for a range of uses, including digital signage or as a powerful but discreet family PC.”

ECS EliteGroup’s European Sales Manager, Aurora Hung, said; “We are delighted ECS EliteGroup is being distributed by Target. Many of their customers will be very aware of ECS already but this is a great opportunity to get in front of lots of different types of resellers, from independent retailers to systems builders, repair specialists, value-added resellers and service providers. And we’re really looking forward to the response to our newest mini-PCs.”

The ECS EliteGroup range is now available at Target and will be being demonstrated at Target’s NewTech event in Castleford on 25th January. To see the range,